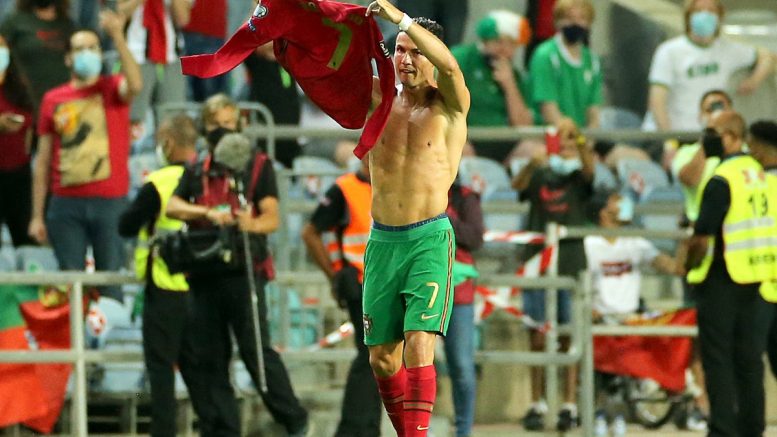 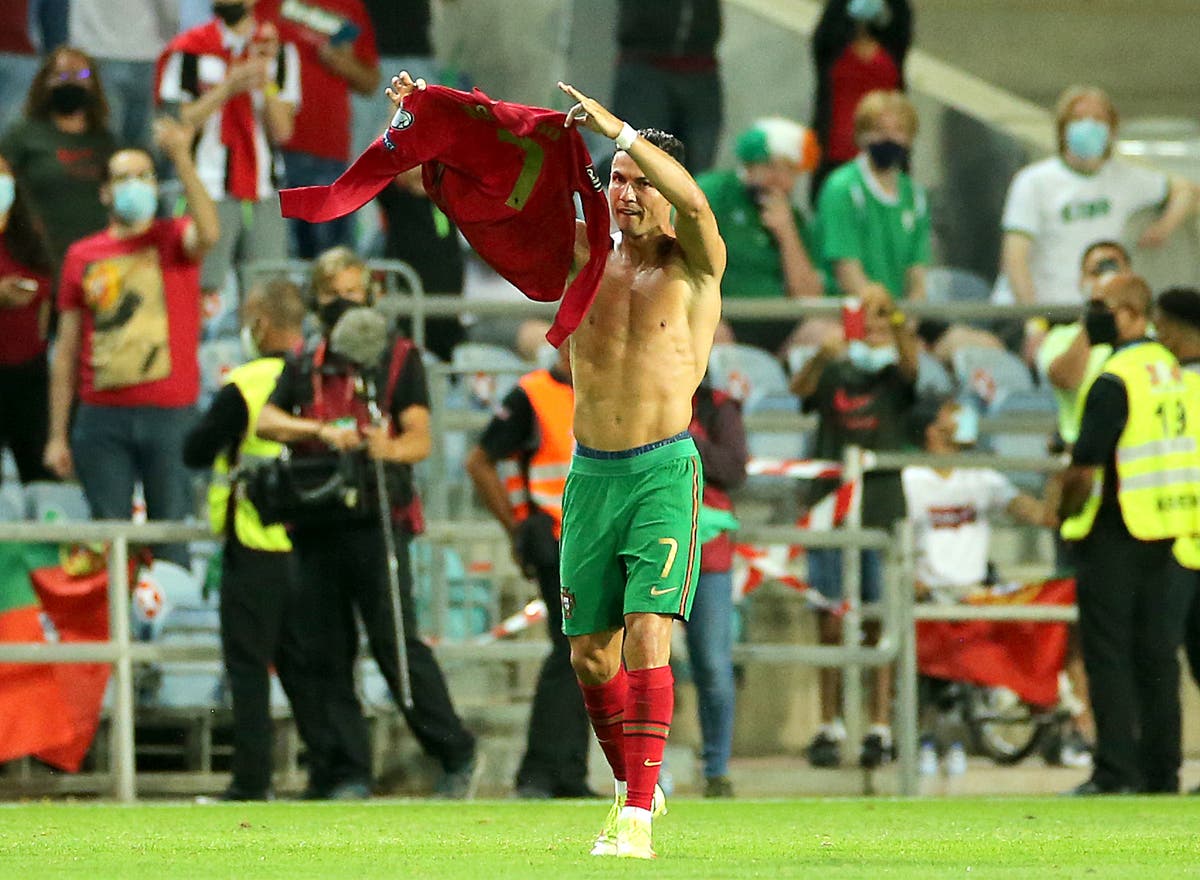 Cristiano Ronaldo has promised there is even more to come from him after he established himself as international football’s record goalscorer.

The 36-year-old, who recently returned to Manchester United saw his first half spot-kick saved by Republic of Ireland’s teenage keeper Gavin Bazunu, but then secured Portugal a 2-1 World Cup qualifier victory with two last-gasp headers to take his tally to a remarkable 111.

In the process, he eclipsed the 109 goals scored by Iran’s Ali Daei with whom he had been level before kick-off at the Estadio Algarve.

Writing on his Instagram account, Ronaldo said: “From all the records that I have broken during my career – and fortunately there have been a few – this one is very special for me and it’s certainly on the shelf of the achievements that make me truly proud.

“First of all, because every time I represent my country is a special moment, for knowing that I’m defending Portugal and showing to the world what Portuguese people are made of.

“Secondly, because national teams competitions have always had a very strong impact on me as I was growing up, watching my idols playing for their flags every other summer in Euros and in World Cups.

“But finally and above all, because scoring 111 goals for Portugal means 111 moments like the ones we experienced today in Algarve, moments of worldwide union and happiness for millions and millions of Portuguese citizens all around the globe. For them, every sacrifice is worth it.

“Another reason for me to appreciate this achievement as much as I do right now, is because Ali Daei has set the standards in such a high level that at some point, even I started thinking that I might never catch him.

“Congratulations to the ‘Shariar’ for holding the record for so long and thanks for always showing so much respect for me every time I scored and as I became closer and closer to his outstanding number.

“Thank you Portugal. Thanks to all my team-mates and opponents for making this journey so unforgettable. Let’s keep meeting inside the pitch in the years to come. I’m not closing the count just yet…”

Egan’s 45th-minute header took Kenny to within 60 seconds of a first competitive victory at the 10th attempt 20 years to the day to their famous qualifier win over Holland.

But Ronaldo’s headed goals in the 89th and sixth minute of stoppage time left the Republic without a Group A point after three games.

Kenny said: “I thought that we were very very close to an historic victory. The players were really exceptional and I felt that in the first half, we controlled a good bit of the game.

“We played on the counter-attack and Aaron Connolly and Adam Idah were a constant threat. Portugal had possession, but did not create too many chances, maybe one in the first half. Our first- half lead did not flatter us.

“The second half was tougher for us. They are a high quality team who played well in the second half. We defended heroically and had chances to go two up. But we could not quite get there. To lose as we did is devastating.”