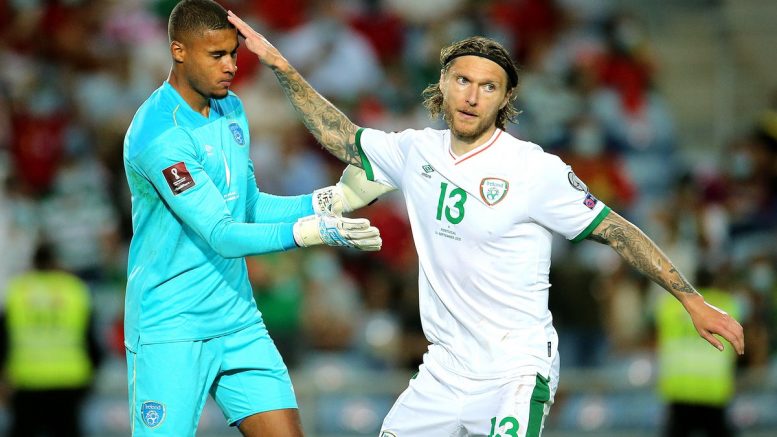 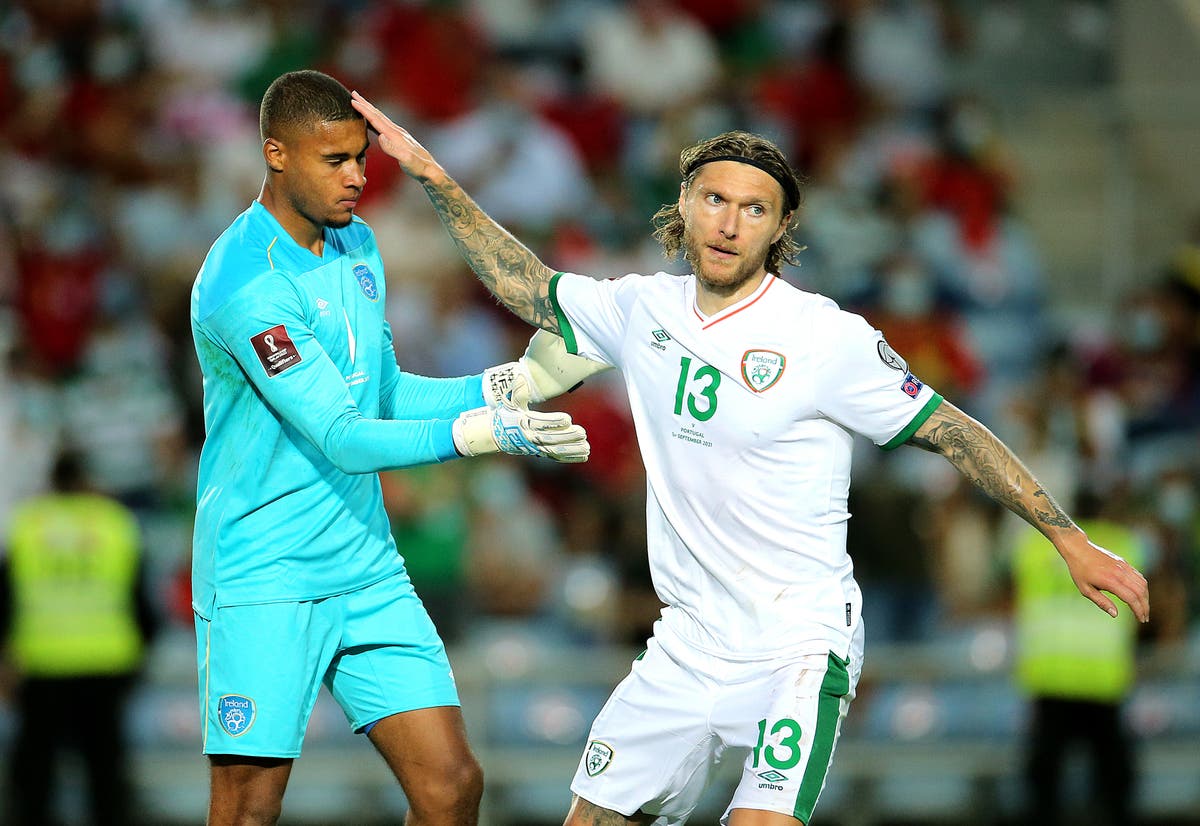 Gavin Bazunu refuses to accept he is the Republic of Ireland’s first-choice goalkeeper despite announcing himself on the world stage by saving a Cristiano Ronaldo penalty.

The 19-year-old Manchester City keeper, who is on a season-long loan at League One Portsmouth, brilliantly kept out Ronaldo’s spot-kick during Wednesday night’s heartbreaking 2-1 World Cup qualifier defeat in Faro as he won his fifth senior cap.

Bazunu has established himself as Stephen Kenny’s number one ahead of Liverpool’s Caoimhin Kelleher and Bournemouth’s Mark Travers in the absence of the experienced Darren Randolph but insists he constantly feels the need to prove himself.

Asked if he feels like Ireland’s number one, he said: “No, not at all. Every game I come into, every training session I do, I feel like I have to prove myself again, not just to the manager, to the players, but to myself.

“I’m always going into training sessions and games never happy or never just content being the so-called number one. I feel like I have to work for my spot every time I step on the pitch.”

That process will in no way have been harmed by Bazunu’s performance at the Estadio Algarve, where he accepted responsibility for the home side’s early penalty, which was awarded after Jeff Hendrick was adjudged to have tripped Bruno Fernandes as he attempted to get to the keeper’s underhit pass.

However, he dusted himself down and dived to his right to turn away Ronaldo’s effort and deny him a record-breaking 110th international goal.

Bazunu said: “That was definitely my fault for the penalty, but as soon as it happened and it was given as a penalty, I just had to forget about that because it’s not a goal, it’s just a penalty.

“I obviously had a chance to right my wrongs and I was happy to be able to do that.”

Returning Manchester United superstar Ronaldo, who escaped punishment for clipping defender Dara O’Shea as he waited to take his spot-kick, ultimately had the last laugh when he cancelled out John Egan’s first-half opener with an 89th-minute header and then scored the winner in stoppage time.

Bazunu said: “The word is ‘class’, I suppose. He’s Cristiano Ronaldo, that level of quality. As a team, we defended well against him and the rest of the Portuguese attacking players for the whole game.

“That’s why he’s broken those records and that’s why he is who is is, because he’s able to come up with moments like that and score goals at vital moments.”

Bazunu was not the only Ireland player to excel in the Algarve as Kenny’s men turned in arguably their best display of his reign to date.

And as they prepare for home clashes with Azerbaijan and Serbia, Bazunu is convinced there is cause for optimism.

He said: “You see the way we played against one of the best oppositions in the world. Yes, we were on the defensive a lot, but we showed that we could cause them a lot of problems.

“We had a lot of chances in the game ourselves, so just stick with us and have faith we’re doing the right things.”